This week the team were dealing with a difficult area of the woodland filled with drug paraphenalia. Previously the sheltered spots in the woodland relatively untouched by the public and out of sight – have meant that drug misuse in the area has increased. This means many areas of the woodland are dangerous due to discarded syringes and other tools. Environmental health have been unable to get into the woodland to clear the site properly due to the sheer overgrowth of the woodland blocking thier way. The team have therefore taken time to carefully extract masses of ivy and other overgrowth to clear up these areas ready for environmental health to come in and remove articles safely. They have set up hazard tape around the opened up areas to highlight the dangers tot he public. So if you see hazard tape stay away!

Generally speaking syringes may be found at any part of the ten acres woodland at present so do not be tempted to stray from the path with little ones just yet. We’re working on it though!

Hazards and Concerns with Drug Misuse

Sun Jun 28 , 2020
Alan explains how the make up of the woodland has lead to hazardous areas where drug misuse takes place and the dangerous syringes and tools left behind. We show you what these tools look like so you know what to look out for and how dangerous it is to handle […] 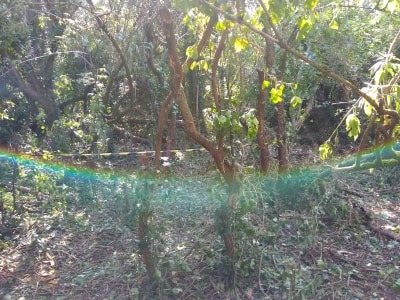